Men and the Me, Too Movement 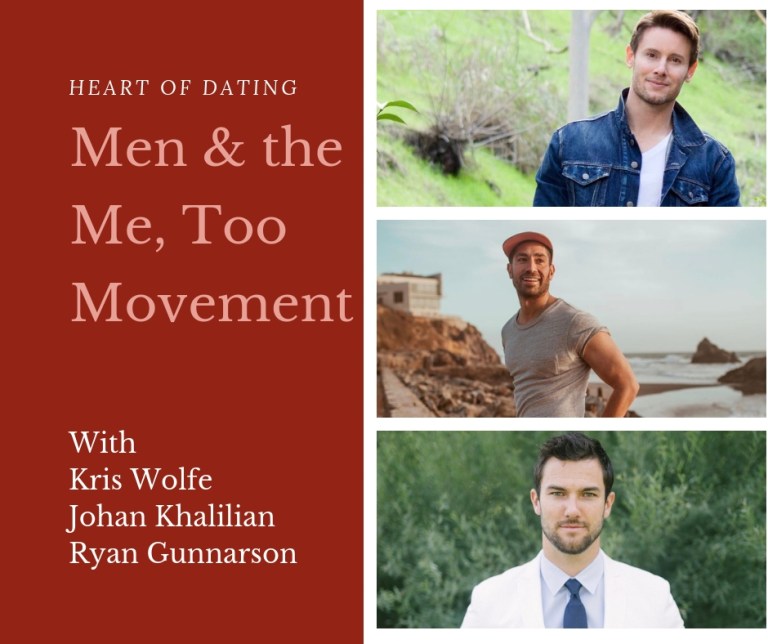 Friends we just need to let out a sigh… this episode today means so much to our team here at Heart of Dating. It has been about a year since everything was released regarding the allegations against Harvey Weinstein and we could not think of a better time than now to dive into what we think about this as Christians, especially from the male perspective.

We have really anticipated releasing this episode for a while and I think you will love the realness and richness of the conversation.. NOW more than ever.

So today Kait brought on 3 of her guy friends who she admires in SO many ways. Each of them have such beautiful hearts, and truly grasped what it means to love and respect women wholeheartedly, while also learning how to wrestle with their own personal identities as men.

This conversation was SO good that we split it into two parts. Today mainly diving into the Me, Too movement, and next week diving more into the challenge of masculinity in our culture.

So let's introduce our guests!

Today we have Johan Khalilian. He hails from Chicago, from an area known for it’s gang violence and crime. He went from being a ghetto kid to now becoming a national speaker who uses his life story to help people of all ages believe in the power of their dreams and the impact their life can make in the world around them. He is incredibly REAL and shameless about being vulnerable and we love it.

Then we have Kris Wolfe. Kris is a CLASSIC good guy, because he inspires other men to be their BEST selves. He says "A nice guy is a doormat, but a good guy leaves a monument.” He has written some amazing books including Black Tie, and 10 ways to win a girls heart, and also runs an online ministry called Good Guy Swag. He is also married to the AMAZING and sparkle filled Kristen Dalton Wolfe, a former miss USA and speaker!

Last but not least Ryan Gunnarson. Ryan is an actor and motivator. He and his wife Aquella have been on the podcast before sharing their story earlier this year, and together they co-created a platform on IG @thatonemarriedcouple to encourage laughter and growth in relationships. We love Ryan’s heart and were super pumped he wanted to come back on.

This something everyone in this interview has thought about a LOT. A few great resources I would recommend on the subject would be to watch the We Are Man Enough series wearemanenough.com headed by Justin Baldoni. His Ted Talk “I am done being man enough” is phenomenal as well. Also I loved Lewis Howes book, The Masks of Masculinity, as well as Divine Sex by Jonathan Grant talking about the hyper-sexualition of our culture. I also really appreciated the documentary, “ The Mask You Live In” on Netflix as well.

How do you guys feel in the wake of the Me, Too movement? What has been your first reaction?

Do you know men personally who may be friends of yours who have come out admitting to taking a part in some of the abuse we are seeing?

Do you feel as men you understood the gravity of the problem?

"There is evidence that even in the amidst of ugly there is beauty that God is creating. He is conspiring for us. It is easy to get overwhelmed and focus on the dark. We need to be the voices of hope and love." -Johan Khalilian

How can we be graceful for others when they share?

"The thing that is so important about what the Me, Too movement is is that you can share your story to allow others to have FREEDOM. People need to know that there is freedom to be had.” -Ryan Gunnarson

What do you think about the church addressing this issue?

"How can we call ourselves Christians when we stand for and support people who keep the problem going?"

Is okay to just be known as a "good guy" but not say anything?

How can we empower men to step out and say something ?

Yall stay tuned for NEXT week as we dive deeper into masculinity in our culture.

We Are Man Enough series wearemanenough.com

Justin Baldoni Ted Talk “I am done being man enough”

Netflix Documentary “The Mask You Live In” 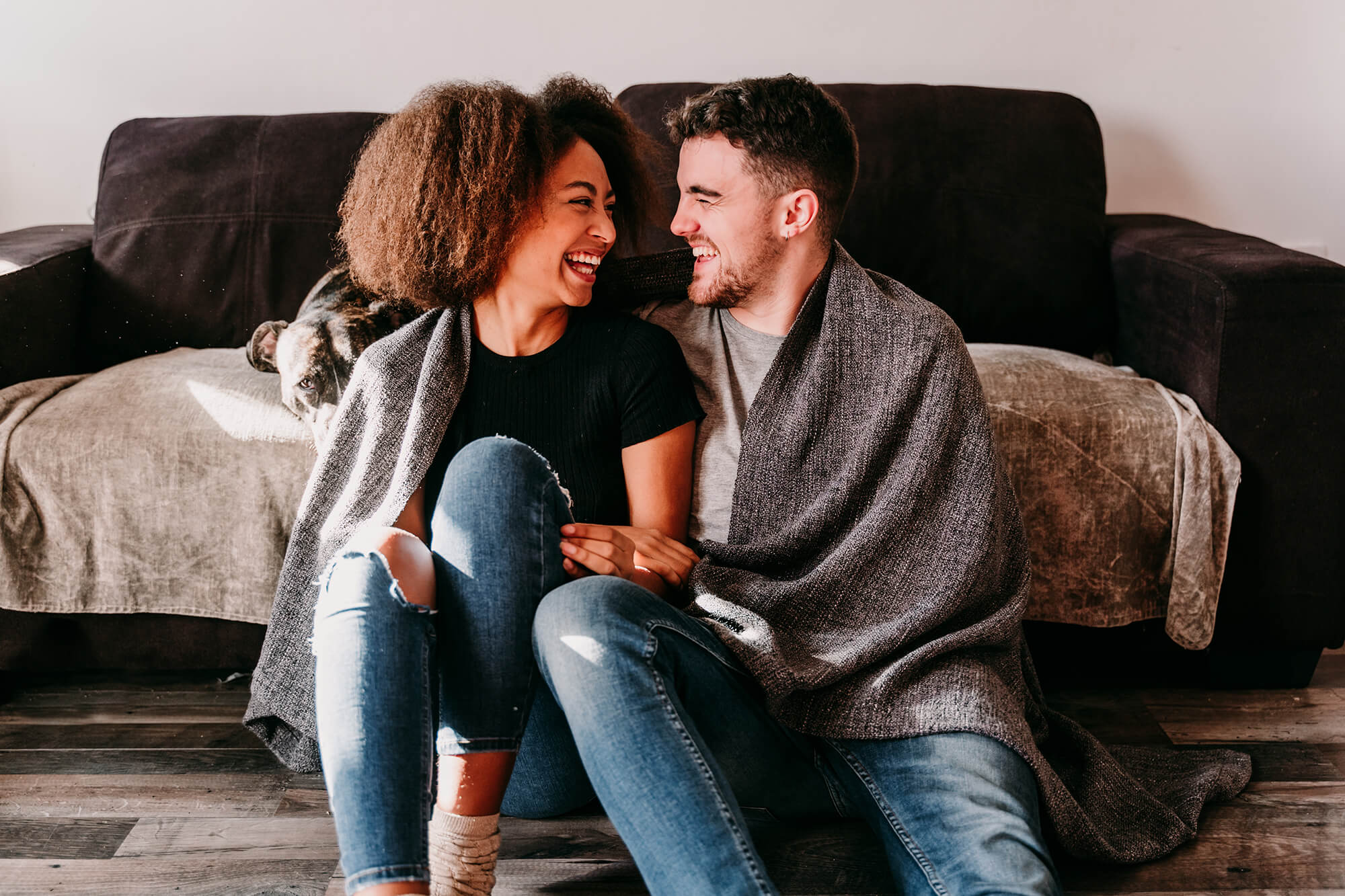 MINISERIES: The Art of Intentionality

Kait discusses what it means to be INTENTIONAL (a buzzword often found in Christian dating). Kait talks about how to pursue. 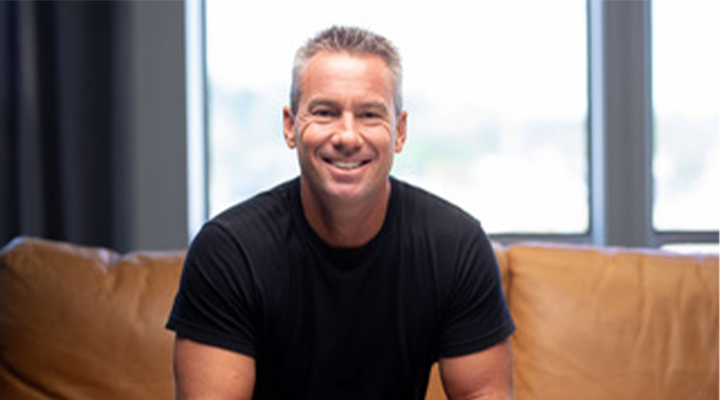 Transgender Identity, Dating, and the Church

Preston Sprinkle talks about what transgender identity is, how it affects dating as well as how the church can and should respond. 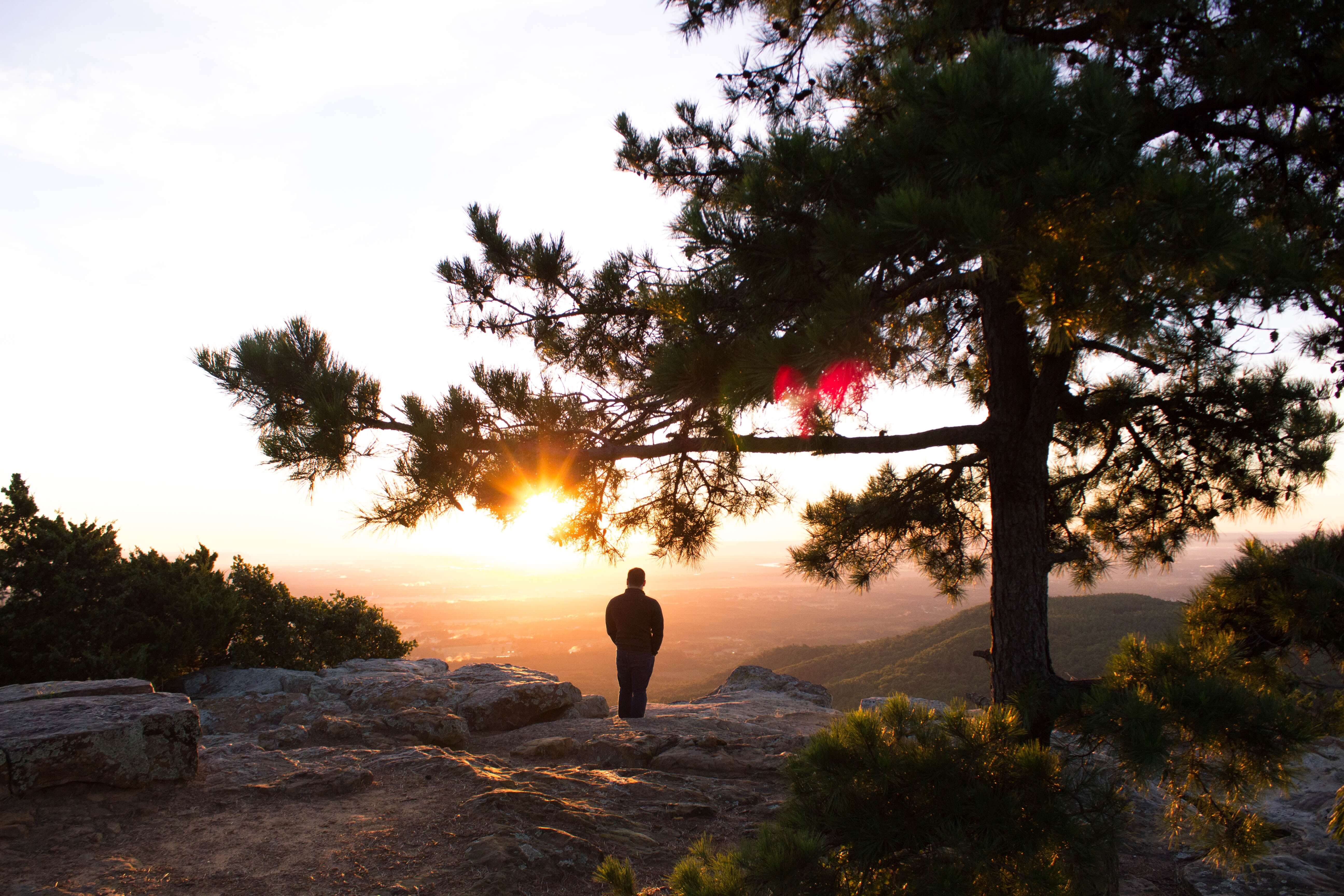 Selfishness is Destroying Relationships...This Is Why! 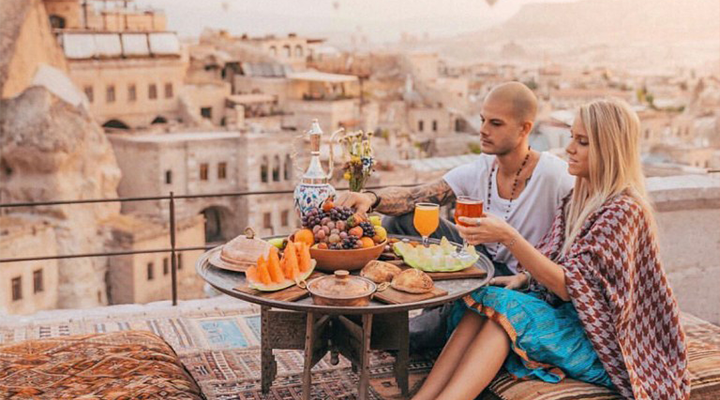 MINISODE: The Stages of Dating and How to SPICE IT UP 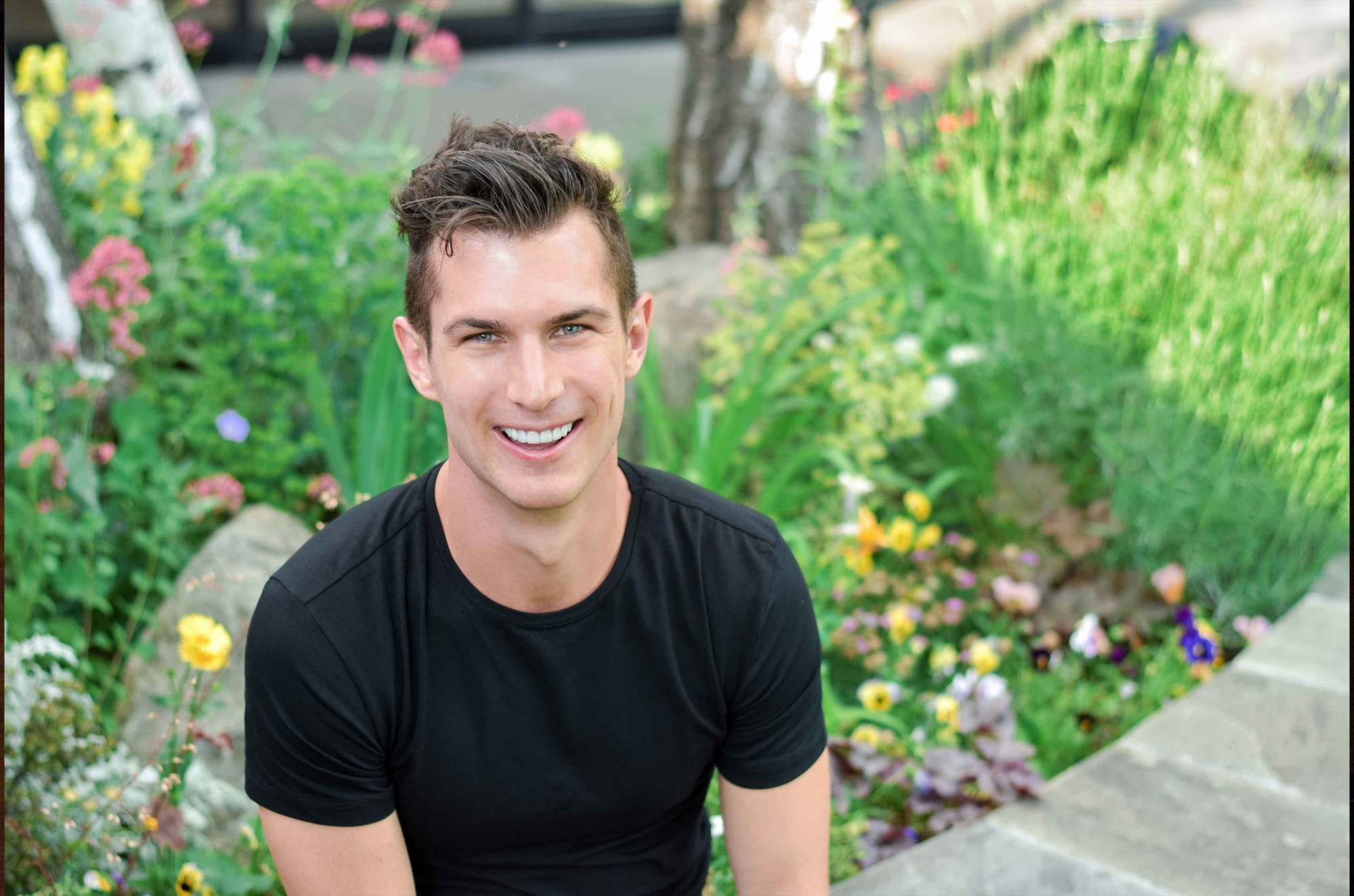 Feminine Energy in Dating
Masculine Energy in Dating
The Energetics of Dating
Has God Forgotten About Me?
Dating with Depression/ Mental Health Issues
Fighting Fair & Navigating Conflict
Triggers & Trauma in a Relationship
Attachment Wounds and Anxiety
Physical Boundaries: How to Know, Set and Keep
Navigating Sexual Past in Dating
How to Define the Relationship
Boundaries & Pace
Types & Attraction
Long Distance Dating: The Basics
Kait & JJ: How We Met
Managing Expectations
Are YOU Even Dateable?
Stop Telling Everyone About It
They Can't Read Your Mind
What if I Don't Feel a Spark?
What if You Have No Dating Experience?
How to Practice Dating (Without being Weird)
How Do You Get Back into the Dating Game?
How to Stop Swiping Into an Oblivion
Like Attracts Like: Reclaiming Your Worth
Nothing Is Wasted In Your Story
Recovering from Abuse and Learning to Love Again
The HOD Community
Single Men's Roundtable
Where are All the Christian Singles?
How am I Still Single and Where is God in the Disappointment?
Compatibility 101: Ethnic Differences Part 2
Minisode: Compatibility 101: Physical Boundaries
Compatibility 101: Political Differences in Dating
Compatibility 101: Ethnic Differences in Dating
Compatibility 101: Chronic Illness in Dating
Minisode: Compatibility 101 "Weight Differences"
Minisode: Compatibility 101 “But He isn’t Tall”
Minisode: Compatibility 101: "Age Differences"
Minisode: Compatibility 101: “The List”
Gender Dysphoria, Trans Stereotypes and What the Church Can Do
Transgender Identity, Dating, and the Church
The Claim for The Traditionally Christian View of Marriage
Dating Someone Who is Same-Sex Attracted
Mixed Orientation Marriage and the Gospel with Laurie Krieg
Single, Gay Christian
How to Live a Love-Charged Life From Former Atheist, Gay Activist
TRAILER: The LGBTQ+ Community and the Church
HOD SELECT: Removing Shame & Restoring the Relationship With Yourself
MINISODE: Live Therapy Session with Deb Fileta
Dating with Depression and Anxiety with Deb Fileta
Sexuality, Modesty, and Purity Culture
HOD SELECT: Body Image and How We Show Up in Dating
HOD SELECT: Friendationships and Walking in Your Worth
HOD SELECT: Navigating Love Addiction and Codependency
HOD SELECT: An Introduction to Codependency in Relationships
HOD SELECT: Understand Soul Ties and How to Break Them
HOD SELECT: Understanding Attachment Theory and How We Love
HOD SELECT: Trauma and Anxiety: Heal, Feel, Deal... and Date!
HOD SELECT: Navigating the 5 Love Languages
Ballin' on a Budget in Dating
Women Tell All: Casual Dating, Dating Multiple People at Once, and Dating from Abundance
Narcissism, Silencing Women and Feminism
True Love, The Reality of Marriage, and Gender Roles
The One, X Factor, Ghosting, Love at First Sight, The Friendzone, and So Much More
MINISERIES: Legalism and the Culture of “Shoulding”
Purity Culture and Healing Sexual Shame
MINISERIES: My Recent Heartbreak and the Truths of Heartbreak
Heartbreak and Learning to Love Again
MINISODE: Walking Away From Toxic People
Toxic Relationships and How to Heal
MINISERIES: Sorry, Not Sorry
Being Unashamedly Who You Are
MINISERIES: Self-Compassion and Connecting To Your Inner Child
Freeing Yourself From Self-Hatred
MINISERIES: Repairing the Relationship with Your Body
Removing Body Shame and Being Confident In Your Skin
MINISERIES: Redirecting Failure
The Lies Holding You Back
MINISERIES: How To Grieve Hopefully
Is God on Mute?
MINISERIES: Is Making Out A Sin?
MINISERIES: Should I Date Potential?
MINISERIES: Where are all the Christian Men?!
MINISERIES: Can Guys and Girls Just Be Friends?
MINISERIES: "Daddy Issues" and Dating
MINISERIES: Stop Making First Dates So Weird
MINISERIES: How Who You Follow Can Affect Your Dating Relationship
MINISERIES: How to go from "Just Friends" to Dating
Kait Spills the Tea on Her Dating Life
The Enneagram for Discipleship in Life and Dating
Holding Space For Other People's Brokenness
Intentional Singleness
The Ultimate Singleness Game Changer
The Truth About Your Value
Navigating the 5 Love Languages
Are there ANY Good Christians Online?
Divorce, Kids, and Being a Single Parent
Knowing What You Stand For in a Time of Confusion and Chaos
When Dating Feels like Chronic Disappointment